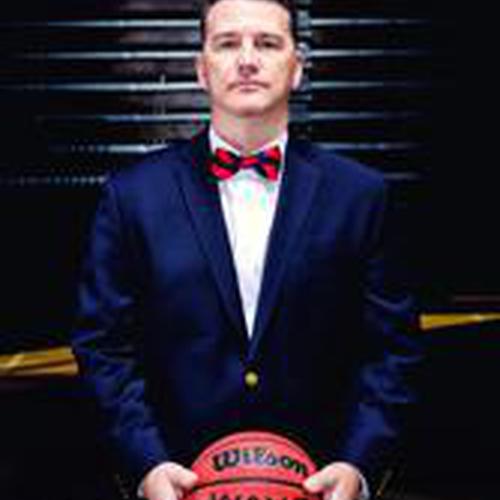 Rebuilding A Program/Best Things I Have Seen

Coach Allen Whitehart just finished his third season at Milton High School with a career coaching record of 295-103. In his first season at Milton, Coach Whitehart led the Eagle’s to a 17-11 record while qualifying for the state playoffs. In year 2 the Eagles improved to 20-8 and won the regular season and region tournament championship while qualifying for the state playoffs, his 12th time in 12 seasons as a head coach. The latest 2019-20 season, also included an undefeated regular season region championship, a region tournament championship (the 6th in 13 seasons), a AAAAAAA State Final Four appearance (his 5th in 13 seasons), and a final ranking of #4 in the state of Georgia regardless of class. For his efforts, Coach Whitehart was voted Region Coach of the Year for the 7th time in his 13-year career.

Before Milton, Coach Whitehart spent one year at Etowah High School where he spearheaded a program overhaul that resulted in a 20-10 record, the school’s 1st region championship and a successful run to the Sweet 16. For his efforts Coach Whitehart was voted Region Coach of the Year and County Coach of the Year. Prior to coming to Etowah, Coach Whitehart spent 5 seasons at Buford High School where he resurrected a program that had won a combined 24 games in the three seasons before his arrival. Coach Whitehart immediately changed the culture in his first season with his team achieving a 24-9 record and finishing as the 2011 GHSA AAA state runner-up. For his efforts, Coach Whitehart was named the AAA Georgia Coach of the Year. Coach Whitehart and his team followed that campaign with a region runner-up and a Sweet 16 appearance with a 22-7 record during the 2011-2012 season. The 2012-2013 season continued the winning trend and was highlighted with Buford winning the Region championship and advancing to the Final 4 with a 26-7 record. The 2013-2014 season saw Buford back in the State Championship game for the second time in four years. Unfortunately, Buford came up short, finishing as the state runner-up with a record of 28-6. The 2014-2015 season was Coach Whitehart’s last season as the head coach at Buford, and his team finished with a 17-13 record, bringing his record at Buford to 115-42.

Prior to coaching at Buford, Coach Whitehart spent seven seasons on the sidelines at Centennial High School, three seasons as an assistant coach and four seasons as the head coach. Coach Whitehart served as Varsity assistant for Centennial during the 2003-2004, 2004-2005 and 2005-2006 seasons before taking the head-coaching job in the 2006-2007 season. Centennial’s 2005-2006 season was highlighted by Centennial advancing to the second round of the state playoffs (Sweet 16) for the first time in school history with a final record of 19-11. Centennial basketball continued to improve with Coach Whitehart at the helm as Centennial had a record-breaking year, setting the school record for wins at 28, fewest losses 5, and the most consecutive wins 21. The highlight of the season came as Centennial won their first region basketball championship on their way to playing for the Georgia AAAAA State Championship, coming up one point short and finishing as State Runner-Up. Subsequently, Coach Whitehart was named Georgia AAAAA Coach of the Year as well as Region 6-AAAAA Coach of the Year for his team’s accomplishments. The 2008-2009 season saw Centennial crack the ESPN Rise rankings for the first time in school history, soaring as high as #22 in the country and holding the 5A State of Georgia #1 ranking for 6 weeks. The 2009-2010 season was no different as Centennial was ranked in the top 10 in the state of Georgia for the entire season. With 24, 25 and 20 wins in the last 3 seasons, Coach Whitehart's overall record as head coach at Centennial improved to 97-25 and an astounding 56-4 in region play over that 4-year period.

Coach Whitehart and his staff share a passion for basketball and look to continue this same success at Milton High School by continuing to stress teamwork, fundamentals, dedication, and hard work.