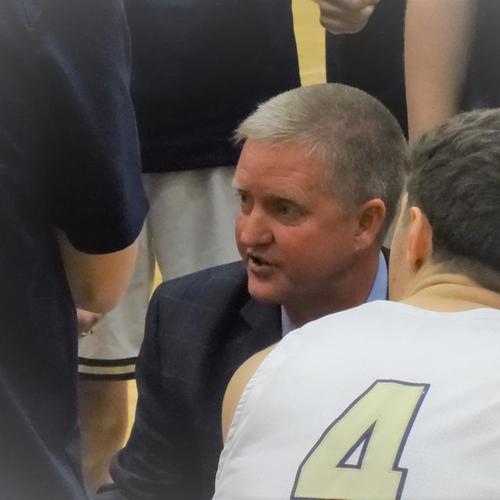 AT BETHEL • Record of 112-53 (.675) in six seasons at Bethel—the highest winning percentage of any Bethel basketball coach • Led the Royals to a share of the programs first-ever MIAC regular season championship, second-ever MIAC Playoff Championship and second-ever NCAA Tournament appearance in 2017 • Identical 21-7 records during both the 2017 and 2018 seasons tied the program record for wins, previously set in 2002 • Six consecutive MIAC Playoff appearances, advancing to the semifinals all six years and the championship game three times (2015, 2017, 2018), while hosting the championship game in both 2017 & 2018 • Set a new program record for steals in 2016-2017 with 244, breaking the previous mark of 223 set in 2014-2015 • Won a program-best 11 straight games against four-year schools in 2018-19 • Four wins over nationally-ranked opponents in 2015-16, including a win over the No. 3-ranked team on their home court

DIVISION I EXPERIENCE • Helped the Tulane Green Wave to two Conference USA Championship tournament appearances • 2013 CollegeInsider.com Tournament appearance • Helped turn The Citadel program around from a 10-21 record to 20-13 within three seasons and guided the Bulldogs through the most successful stretch in program history • Coached three mid-major All-Americans at The Citadel