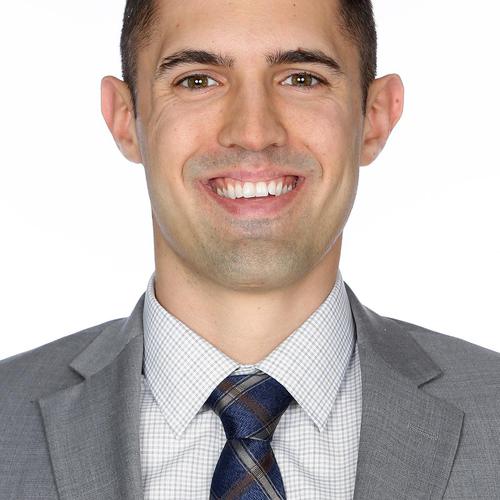 Analytics for Dummies: What We Know and What To Do With It

Logan Dahms joins the VMI men’s basketball coaching staff as an assistant for the 2019-20 season. Over the previous two seasons, Dahms was an instrumental member of the Little Rock basketball staff in the Sun Belt Conference. During his time in Little Rock, Dahms was in charge of scheduling, coordinated all aspects of the team budget and travel, served as the head of Little Rock's basketball statistics and analytics, while also directing basketball technology initiatives and assisting with opponent scouting. Additionally, Dahms was responsible for handling gear and equipment orders, player care and nutrition, ticket requests, and for overseeing the recruiting database and planning official and unofficial visits, including serving as an interim recruiter on multiple occasions.

Dahms also serves as the director of the Little Rock Basketball camps, setting records for attendance and revenue for two consecutive summers.

Dahms came to Little Rock after spending the 2016-17 season working with both the Santa Cruz Warriors of the NBA’s Developmental League as well as the NBA champion Golden State Warriors as a video and analytics assistant. Prior to his time with the Warriors organization, Dahms spent one season as the recruiting and operations intern at Stanford, assisting the Cardinal in scouting and statistical aspects as well as coordinating recruiting efforts for the Pac-12 institution.

Dahms played professionally for two seasons, playing for Escoba Ezcazu in Ezcazu, Costa Rica in 2014-15 after spending the 2013-14 season with Donbaschet USM in Chisinau, Moldova. During his two seasons of professional play, Dahms averaged nearly 12 points and seven rebounds per game and helped lead Donbaschet USM to a 23-2 record and a first-place finish in the FBRM National League.

A native of Bahama, North Carolina, Dahms played two seasons for Covenant College in Lookout Mountain, Georgia, earning his bachelors degree in biology in 2011 before attaining his master’s degree in sports physiology from Texas A&M in 2013. Dahms also served as a graduate assistant for the Aggies from 2011-13.

Dahms also spent time involved in strength and conditioning at Texas A&M, Duke, and with the Admirals Basketball Academy in Chisinau, Moldova, earning his CSCCa-SCCC certification.

Dahms married the former Ms. Emily Stewart in May of 2019.