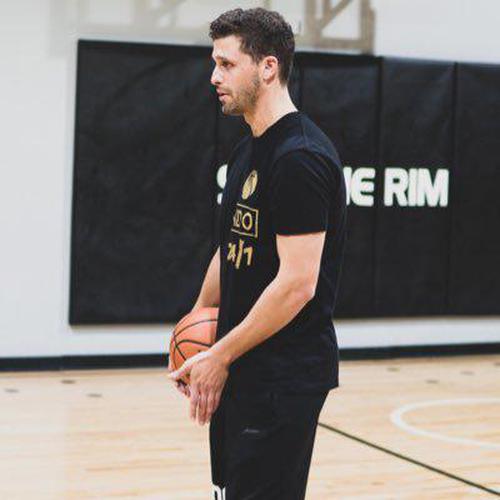 Coach Mike Shaughnessy continues to rise as one of the best young basketball skill coaches in the United States. At 29, Mike has been a top men's assistant coach at two college programs, Kean University and most recently, Stockton University. Along with coaching at the collegiate level, Mike has also coached at the high school and youth levels over the past several years. He is currently a professional skills coach for Dr1ven Training as well as the Director of Player Development at See the Rim Basketball Academy in Toms River, New Jersey, working with players of all levels throughout the world.

Mike first got his start in the coaching profession becoming an associate head coach for the men's basketball team at his alma mater Kean University a year after graduating. After coaching at Kean University for two years, he founded his own training business named LabWork Basketball, working with players across New Jersey. After two years of running his training business, Mike partnered with Dr1ven Training, running camps and working with players throughout the east coast and internationally. Through Dr1ven, Mike has worked with the men’s basketball players at the University of Virginia, primarily with Ty Jerome (24th pick in 2019 NBA Draft) and DeAndre Hunter (4th pick in 2019 NBA Draft). He has become the most sought after trainer in southern New Jersey working with some of best players in the area including, Dennis Horner (NBA/Europe), Gene Teague (Europe), Sa'eed Nelson (American University), Junior Saintel (Europe), Marlon Hargis (Holy Cross University), Kylee Watson (Oregon University Commit), Taj Thweatt (West Virginia University Commit), Marianna Papazoglou (Division 1 Prospect), and Armin Cane (Europe).

Mike has been fortunate to learn from his mentors who are some of the best in their professions; Mike Gatley (former Division 1 assistant, Division 3 head coach, Athletic Director), Scott Bittner (Stockton University men's head coach), and Damin Altizer (Owner/Founder Dr1ven Training). He has been able to share his knowledge for the game throughout China working with the 14U Girls National Team at their training camp in Beijing, Zhou Qi Nike Camp in Xinxiang, and Dr1ven International Basketball Camp in Shenzhen, Guangdong. Notable camps that Mike has coached in the USA includes, Duke Men's Basketball Camp (North Carolina), Dr1ven NEXT Project (Virginia), Elite Guard Training Live (Virginia), Best Coast Basketball Camp (California), and Justin Anderson’s Elite 50 Camp (Virginia).

Mike's knowledgeable, passionate, detailed workouts have drawn interest from thousands of players who are involved in a hard working environment that helps them maximize their full potential.